A new product from K40 emerged with claims of being able to jam variable pulse rate guns, the K40 Laser Defuser Optix™.  While they do appear to be able to jam patterned based variable pulse rate guns like the Laser Ally™ and Stalker XLR™, this new defuser is completely ineffective against current DragonEye VPR guns.  This includes both the DragonEye Speed Lidar™ and the DragonEye Compact™

True to RALETC form we are calling out those that are publishing biased reviews in exchange for free products.  Today we call out LaserJammerTests.com.  Their review is clearly biased and misrepresents the capabilities of the K40 product.  First of all, we know Chris the owner of LaserJammerTests has a DragonEye Compact™, but this gun was not used to test the K40 in his laser jammer tests review.  We ask why (we know the answer as you can see from the video below)

The K40 product clearly has the capability to address pattern based VPR guns, but random VPR the K40 is completely ineffective.  It does alert, but NO JAMMING.  The product doesn’t even attempt to fire the diode.  We will continue to test this product against all known IACP guns and make sure they defeat them before ranking this jammer.

The defuser looks eerily similar to another very popular parking sensor, the AntiLaser Priority™.  The sensors even have the same large receivers and laser diode in almost identical positions.  Take a look at the two: 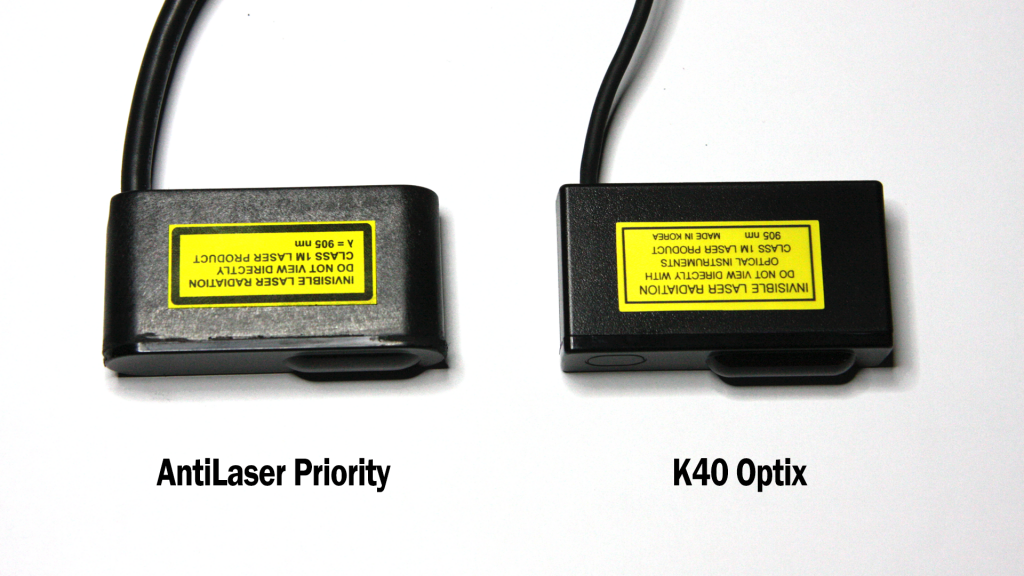 K40 vs ALP Head side by side 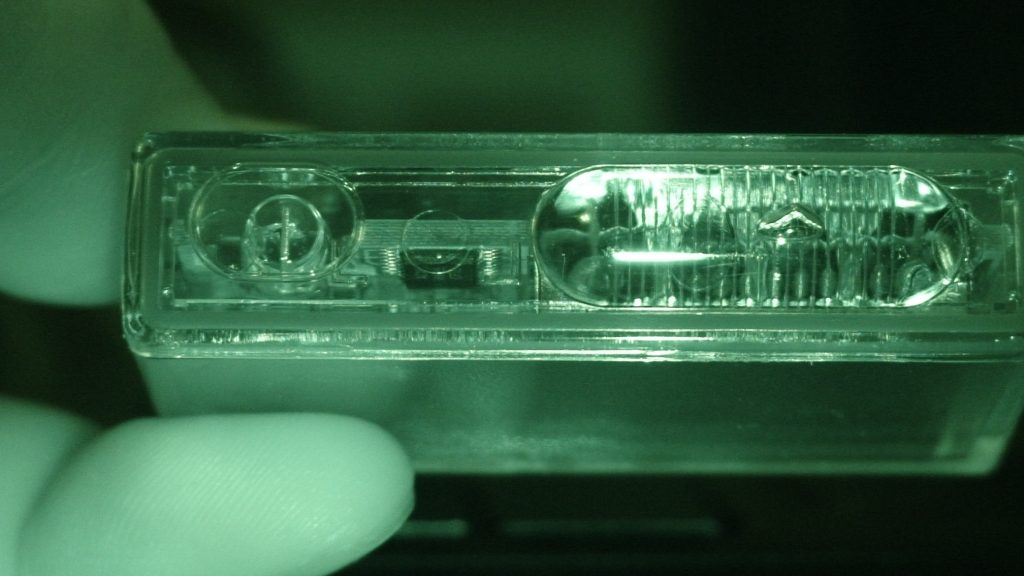 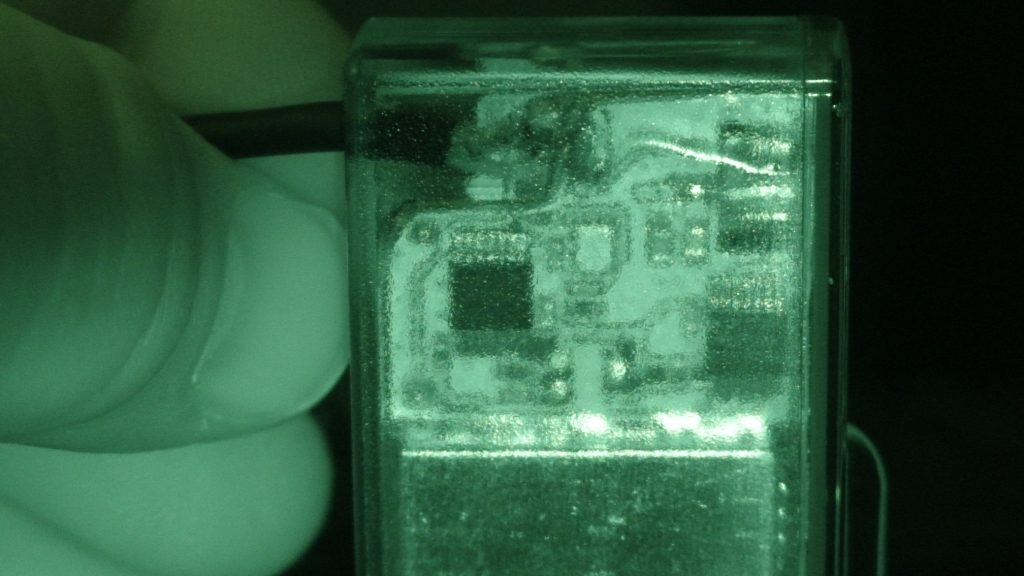 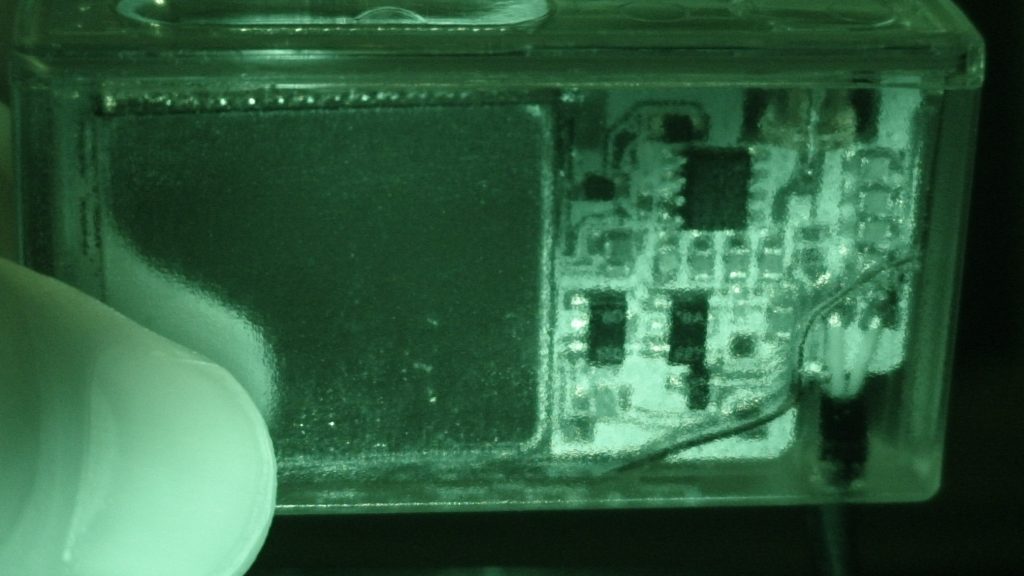 Upon further investigation this product is nothing more than a simple development board turned into a jammer.  When you look at the processor and board you will see it is nothing more than an ARM Cortex-M4 with some logic converters. If you are prototyping then this is an excellent platform to work on.  I’ve personally used ARM Cortex boards for my own prototyping with a hacked up Laser Interceptor™ Head.  The key word here is prototyping.  It appears they never went past that stage and developed a board solely for the purpose of utilizing the same CPU.  The difference between the K40 CPU and an ALP or Stinger CPU is significant.  Both ALP and Stinger use purpose built boards designed for speed with DSPs and high speed logic converters.  Not to mention Bluetooth, sound and other far superior components. 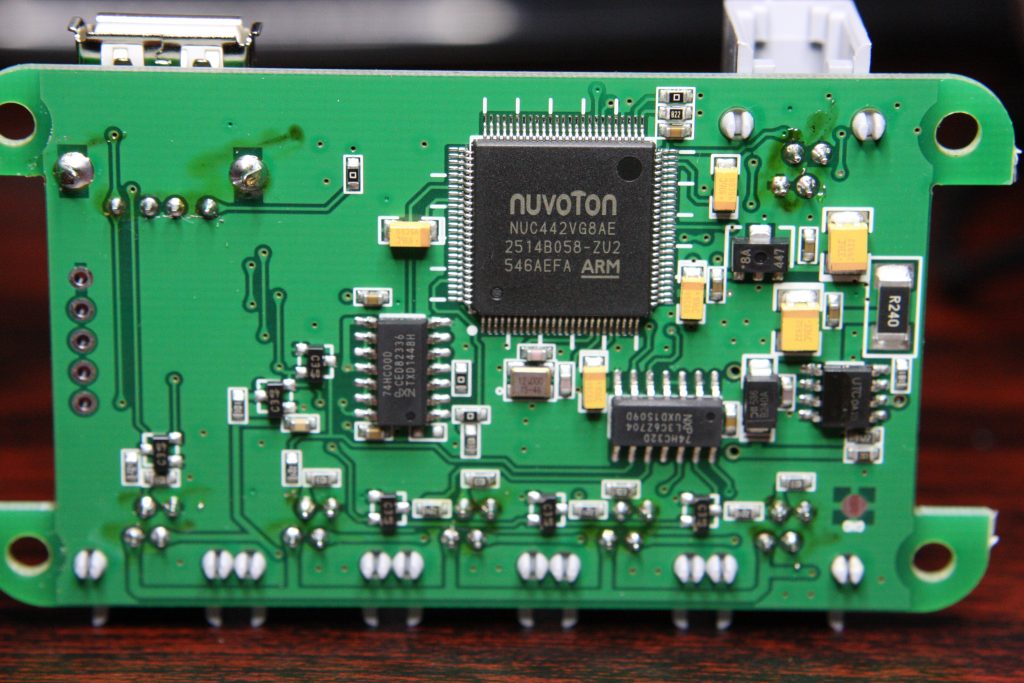 Be aware of false advertisement and Review sites

As stated previously we do believe this jammer is significantly improved from the previous generation G5 defuser; however, be aware there are review sites claiming this product has some special filtering capabilities that make it different from other jammers on the market today.  This is far from true.  In their video, Laser Jammer Tests.com uses a handheld laser tester which utilizes an 890nm IR LED.  These LEDs are not as fast as laser diodes and as a result have a much longer pulse width.  Because the pulse width is outside of the specifications of the ProLaser III they are testing against it makes the K40 appear to “filter” the laser tester when in fact the laser tester itself is not simulating the PL3 properly.  Newer testers with laser diodes and/or faster LED’s are capable of simulating the PL3 with much better accuracy.  I was able to simulate the PL3 using a homemade laser tester proving it can be done.  The trick is how accurately are you reproducing the gun PRR’s.